Deciding where to live after retiring from the military can be a difficult choice. For the first time in many years, you finally get to decide where to live! But choosing a state for your “forever home” may be more complicated than you think.

The best places for military retirees might not be on the top of your list at first.

Besides the obvious choice of moving closer to relatives, military families often weigh several factors when deciding where to retire:

Many families find it convenient to live near a military base after retirement, even if it is not an installation from the veteran’s branch. A military installation will have benefits for the whole family, including a health clinic or military hospital, discounted groceries at the Commissary, and an ongoing connection to the military community.

Check out our top 10 best places for military retirees to live. Then, use the PCSgrades area guides to learn more about each area.

Team up with an agent who is well-versed in the VA Loan AND A-graded by the military & veteran community. It's time to find your forever home!

You may be surprised to learn that Grand Forks public schools are some of the best in the nation. Families who settle here after retiring from the military can be confident that their children will have great educational opportunities. They can even attend the University of North Dakota in town.

The Grand Forks area has a healthy low unemployment rate of 3.1% and a cost of living nearly 6% below the national average. Military retirees and their families will have access to several VA medical clinics.

Grand Forks is located a stone's throw away from the Minnesota border, with easy access to plenty of family-friendly outdoor activities.

The Pacific Northwest area is not cheap. The cost of living in Seattle is above the national average, and median home prices are around $771,000 as of early 2022. But just south of Seattle is the city of Tacoma and Joint Base Lewis-McChord, where the average home price is a more comfortable $450,000.

Increasing numbers of veterans are choosing Washington for their retirement. It could be because the state has no tax on personal income. Or it may be because there are five Pacific Northwest military bases within close proximity. There are also 11 VA health facilities in the region. Whatever your reason, don’t overlook this beautiful corner of the country when making your retirement plans.

Not all lenders are created equal. Read reviews by and for military families to find the right mortgage lender for you.

Florida is one of the best states for military retirees. Spend some time in the Sunshine State and you will soon see why: great weather, white-sand beaches, and convenient access to numerous military bases throughout the state. Also, Florida does not have a state tax on income or on military pensions, so you can get the most out of your benefits here.

While there are military bases throughout the state, the panhandle area has the highest concentration, with six military bases on Florida’s Gulf Coast. Pensacola, near the Alabama border, is home to NAS Pensacola, home of the Blue Angels. There are three VA facilities and one Naval Hospital right in Pensacola, and you will find several college campuses nearby if you want to continue your education.

You can learn about military bases across the country and find the right fit for your "forever home" by using the free Area Guides and Neighborhood Reviews on PCSgrades. They are all written by and for military families! Access our free member benefits here.

San Diego, located in sunny Southern California, is one of the largest military cities in the country! There are five major military installations in the San Diego area, and sprawling Camp Pendleton, just one hour north, is the largest employer in Northern San Diego County.

Despite the high numbers of active duty stationed in the area, retirees outnumber active duty almost three to one. Not only is San Diego military-friendly, but it is home to numerous military organizations and charities. There are 12 VA facilities within 50 miles.

If you can get past the high cost of living, the incredible sunny weather year-round makes the “sunshine tax” a worthwhile price to pay for living in an area with so much natural beauty and ongoing attractions.

Fort Hood is about one hour north of Austin, Texas. It's a popular location for military retirees because it contains the only VA Medical Center in the area. Living here gives you access not only to Austin, but also other great Texas cities like Dallas, San Antonio, and Houston.

Texas is one of the best places for military retirees to live; it has no state tax on military pay, and a relatively low cost of living, which makes it a great place to maximize your military pension. The Austin area also offers numerous federal jobs and defense contract positions. Read more about the Fort Hood area here.

Oklahoma may not be on your list of dream retirement locations, but the extremely low cost of living is only one of several reasons to keep this city on your list. Oklahoma’s capital offers the University of Oklahoma, along with a variety of food and entertainment options.

Homes are very affordable here, too. The median home price in the Oklahoma City area is $257,000, and the overall cost of living is also lower than average.

Oklahoma boasts a low unemployment rate, and a high number of veteran-owned businesses. There are several military installations in the area, and a nearby VA medical center, so retiring to Oklahoma City gives you easy access to your military benefits. However, be aware that Oklahoma is a state that does tax military pensions.

Although the cost of living is quite high in the Washington D.C. and Northern Virginia area, this is still a mecca for retiring veterans because of the job opportunities and military-friendly connections. You can use your GI Bill to finish a degree at several prestigious universities or benefit from the low unemployment rate to launch your next career.

Not only are there numerous positions available in the defense industry and military-related organizations in the region, but retirees are also within commuting distance of several military bases.

There are 19 military installations around Washington D.C., including the Pentagon, Joint Base Acostia-Bolling, MCB Quantico, Fort Belvoir, MD, Andrews AFB, Bolling AFB, Fort Mcnair, Patuxent River, MD, Fort Myer, the Marine Corps Barracks, the Navy Yard, and the Coast Guard Headquarters. Learn more about each installation with our free area guide, which you can find here.

There are 25 different VA health facilities nearby, and veterans can benefit from specialists stationed at Navy Medical Center Bethesda, MD, and the Walter Reed Army Medical Center. The abundance of military resources and connections makes the nation's capital one of the best places for military retirees to lay down roots.

Veterans love this area for the numerous outdoor adventure opportunities. There are also several educational options at the University of Colorado and Colorado College. Although the cost of living is higher than the national average (median home price is around $429,000 and climbing), Colorado offers very low property taxes and has a flat tax on income.

The Evans Army Community Hospital is on Fort Carson, and the closest VA medical center is in Denver.

As we mentioned before, Texas is one of the best states for military retirees, with no state income tax and ample military connections. San Antonio also has a relatively low cost of living, so this is an affordable place to call home when leaving the military.

The southeast corner of Virginia has a high population of active duty and retired military families—and for good reason! The Norfolk and Virginia Beach areas boast several major military bases. In addition to the sprawling NS Norfolk, there are the smaller bases of NAS Oceana, Dam Neck, Little Creek, and Fort Story in Norfolk, with Joint Base Langley-Eustis further north in Hampton Roads.

Because of its strong military connections, the area has a large number of federal jobs, defense contract awards, and jobs using military skills, making it an ideal location to launch your second career. There are several major colleges and universities nearby if you choose to continue your education: The College of William and Mary, Old Dominion University, and Hampton University. There is also a major VA hospital that serves the region.

Norfolk's cost of living is much more affordable than Northern Virginia around the D.C. area. One downside is that Virginia does tax military pensions, so do your research and compare your budget to other potential locations.

When you are ready to look for your “forever home” after military service, PCSgrades can connect you with top-rated real estate agents who are familiar with military moves, VA loans, and all the details of military retirement. Click here to connect with your military-friendly expert today! 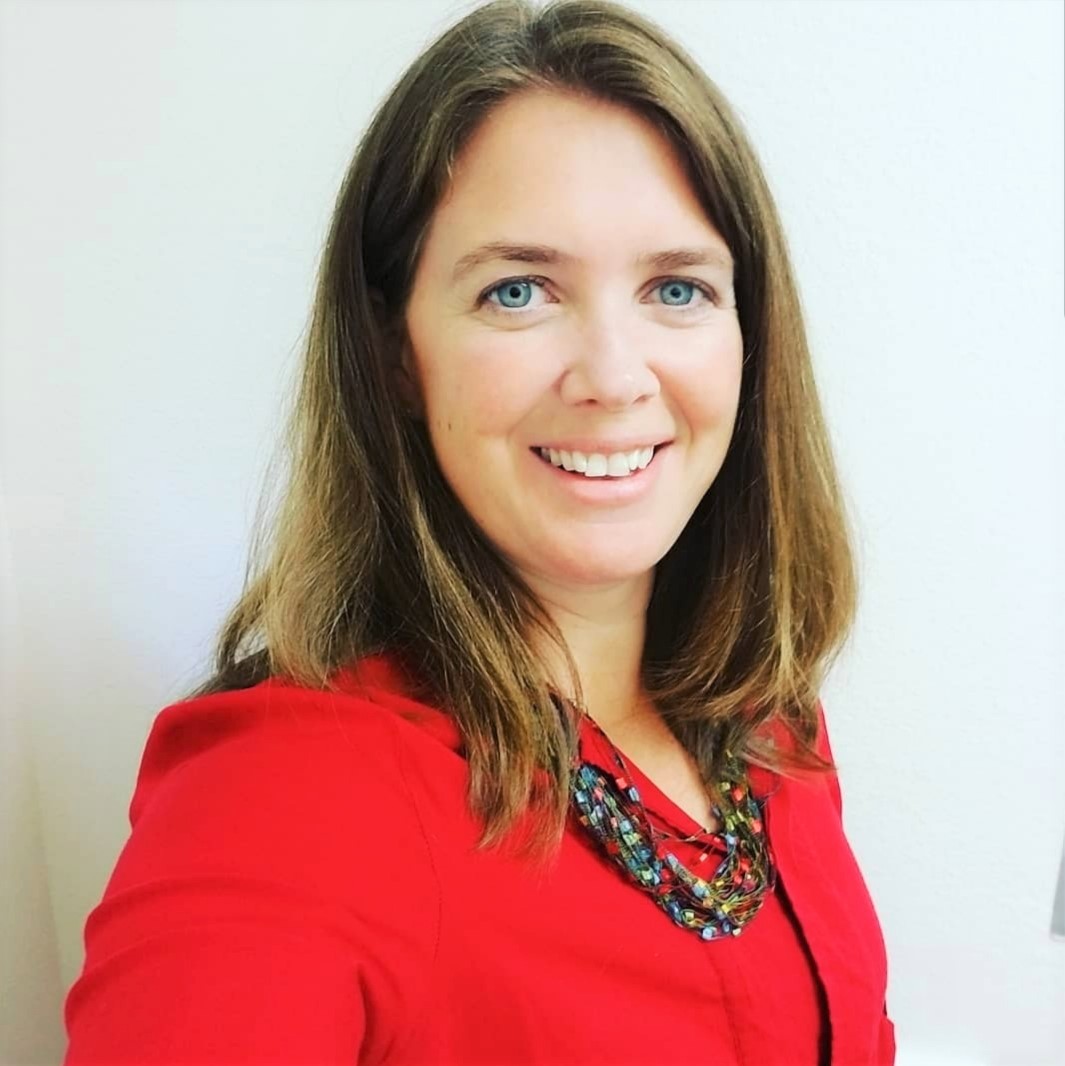 Lizann Lightfoot, the "Seasoned Spouse" is a professional writer and speaker for the military community. After two decades with her service member, she has completed 7 deployments, 6 PCS moves, raised 5 children, and published several books for military families. Her most recent book is "Open When: Letters of Encouragement for Military Spouses" published Sept 2021 by Elva Resa. You can find Lizann's articles and resources at SeasonedSpouse.com